Solving for the Last Mile of Transportation

Cities should be built for people, not cars. 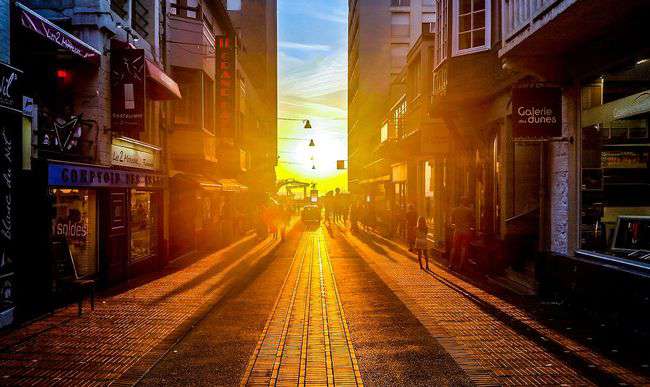 Ridesharing was the last major shift in transportation, and I was fortunate to have been a part of it.

The perspectives I gained at Lyft really struck me — even after I left, I never stopped thinking about how to improve transportation in cities. There just had to be an aspect of transportation not covered by the ridesharing giants.

So 2016, I dove back into the world of transport with a startup called Spin. We started the company with two simple goals in mind:

In San Francisco, getting to the Financial District from the Caltrain station during commute hours is a 30 minute trip for just a mile of travel. It didn’t matter whether I rode a car, public transport, or walked.

San Francisco isn’t unique in this respect. First and last mile problems — the challenge of moving people between transportation hubs and their final destinations — have plagued urban planners for decades.

Transit systems haven’t kept up with the pace of urbanization. A typical American is comfortable walking up to a quarter mile for public transit, which results in too many people relying on vehicle-based modes of transportation for that last mile.

Traffic congestion is already at an all time high. People around the world are spending days in vehicles. The detrimental effects of traffic in last mile transportation is just one of the many factors that contribute to congestion’s $186 billion in annual economic impact.

We want to step-change last mile transportation, and we have started building the foundation for this. Station-less bikeshare increases our personal mobility in a highly affordable manner. To us, the last mile extends beyond just commuting. It’s walking to lunch. Stopping by a friend’s place. Making that quick milk-and-eggs run. It’s about how we move around in our daily lives

“We constantly sacrifice all kinds of amenities for automobiles. I think we can wear down their number by sacrificing the roadbed to some of our other needs instead. It’s a switch in values.”

Jane Jacobs, author of The Death and Life of Great American Cities

As cities become more dense, the supply of street space simply can’t keep up with the demands of a growing population. Cities can no longer depend on cars as an efficient mode of transport.

Urban planners have been working around the limitation of street space by reimagining how people should move around. New York City has built over 1,000 miles in bike lanes and will transform over 27 acres of streets into plazas, as part of the OneNYC plan. Barcelona has implemented “superblocks” by closing off streets for use as community and pedestrian areas. Copenhagen is planning to make its downtown core car-free within a decade. In short, cities are prioritizing people over cars.

We want to accelerate this people-centric evolution of cities.

I’m a firm believer that cities should be built for people, not cars. Cities should be driven by pedestrians, biking, and public transport, with private cars as a second class citizen.

And we get there by providing a great last mile alternative to cars. The quicker cities wean themselves off cars, the sooner people will enjoy a cleaner environment, a stronger local economy, and a higher quality of life.

Station-less bikeshare is just version 1 of Spin. I imagine a future where people simply move around cities through public transit and fleets of autonomous cars — all connected by Spin’s personal mobility vehicles, for that last mile.

An Injection of Emotion

I was doing my usual rounds through the social networks when I noticed the stark difference of emotions at play. Twitter streams are filled with shared thoughts of humor, anger, arrogance, sadness and intrigue. While Pinterest boards... Continue →